History of Jails in Iowa County 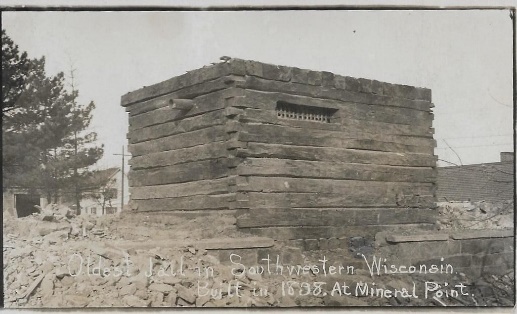 This is a real Photo Post Card (RPPC) circa 1912 of the old Mineral Point jail.  The jail was built by James Gordon in 1838 and was situated near the second Iowa County Courthouse in Mineral Point (built in 1835-1836).

The most infamous occupant of the old jail was probably William Caffee, who was legally hanged in Mineral Point down in the valley near the Walker House and Railroad Depot on November 1, 1842, after being convicted of murdering Samuel Southwick at a housewarming party near Gratiot's Grove.  Various reports estimate that between 3,500 and 5,000 men, women, and children came to town to witness the execution. Many people swear that Caffee's ghost still haunts the Walker House to this very day.

Not long after Caffee's imprisonment in the jail, and perhaps because of the tense atmosphere that developed while Caffee was imprisoned in this building out in the open and next to the old log courthouse building, the jail was moved into the basement of the new stone courthouse building when it opened in 1844.

Access to the jail was via the rear of the courthouse from the aptly named Jail Alley. While the Iowa County seat was moved to neighboring Dodgeville in 1861 (in the great "courthouse wars" between MP and Dodgeville), the former Courthouse building in MP was used as the "City Building" for many years.

The postcard shows the old 1838 jail standing amidst the rubble of the stone courthouse building when it was demolished in 1912. The old jail's huge timbers, iron-clad interior walls, and latticed iron bars made it difficult to demolish. Sadly, historic preservation was not a top priority when the old buildings were torn down.

The 1914 MP Municipal Building which still today houses the Opera House and Library, including the Mineral Point Library Archives -- a fantastic gem for Mineral Point history aficionados, now stands where the courthouse and jail once were. 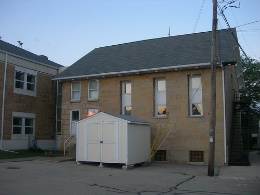 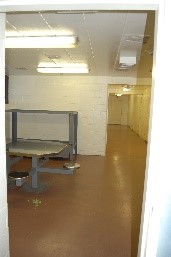 Original Build of Current Jail – The older portion of the current jail was opened in 1960. It currently serves as the Huber dorm for the jail. This area can hold 12 inmates. 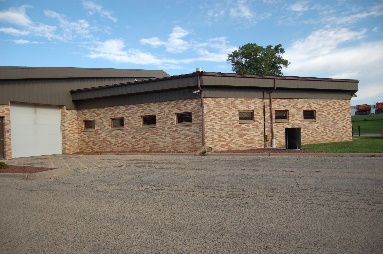 In 1990, an addition to the jail with 27 beds was completed to increase the capacity to 39 beds and 2 holding cells. 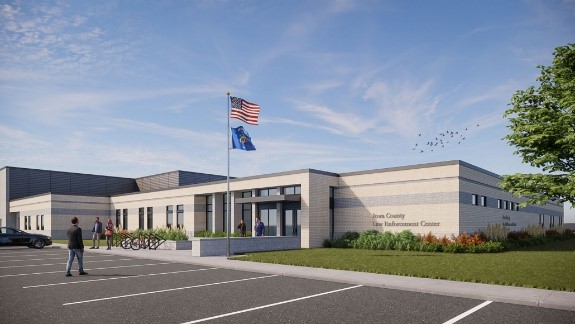 Iowa County Law Enforcement Center – Jail - *Opening spring of 2022* This jail that is currently under construction and will have 102 beds, 6 intake cells, a dedicated space for medical, a full kitchen, inmate recreation and programming rooms. There will be a Day Report room in the non-secure portion off the main lobby that can handle book and releases from court, out of custody DNA and UA collections and public fingerprinting by appointment.